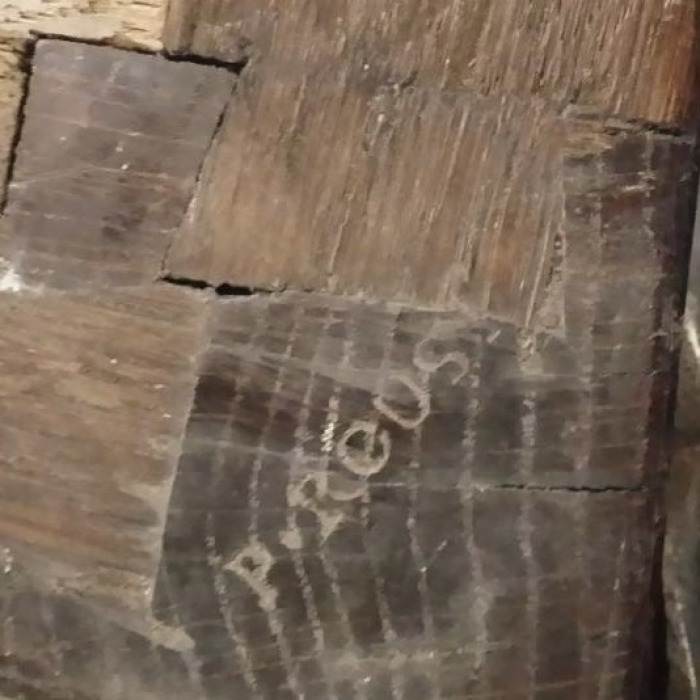 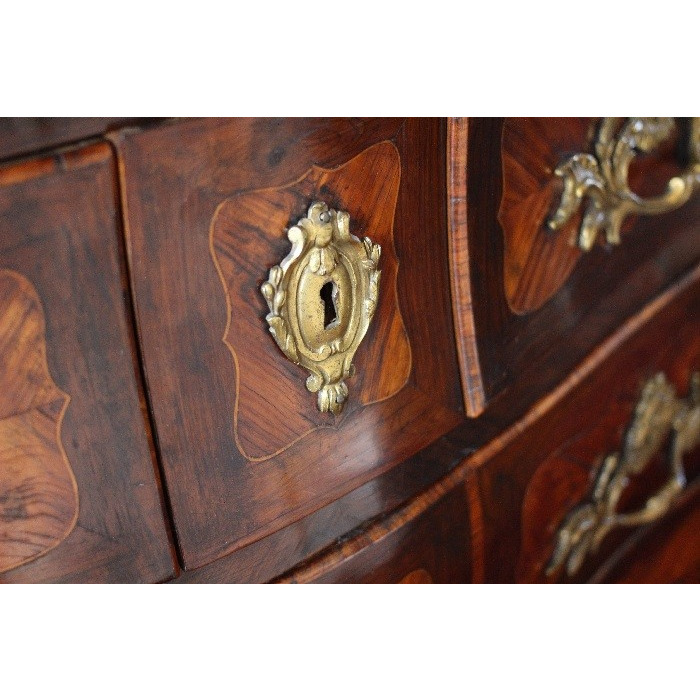 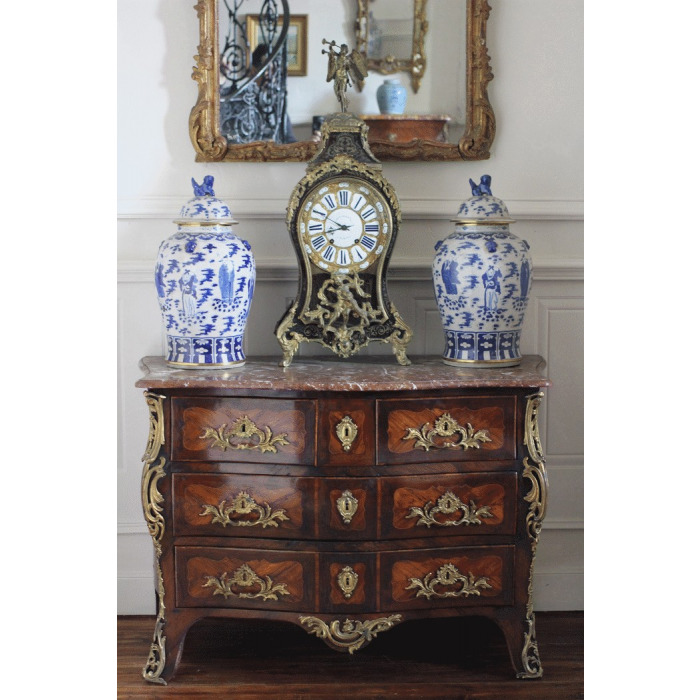 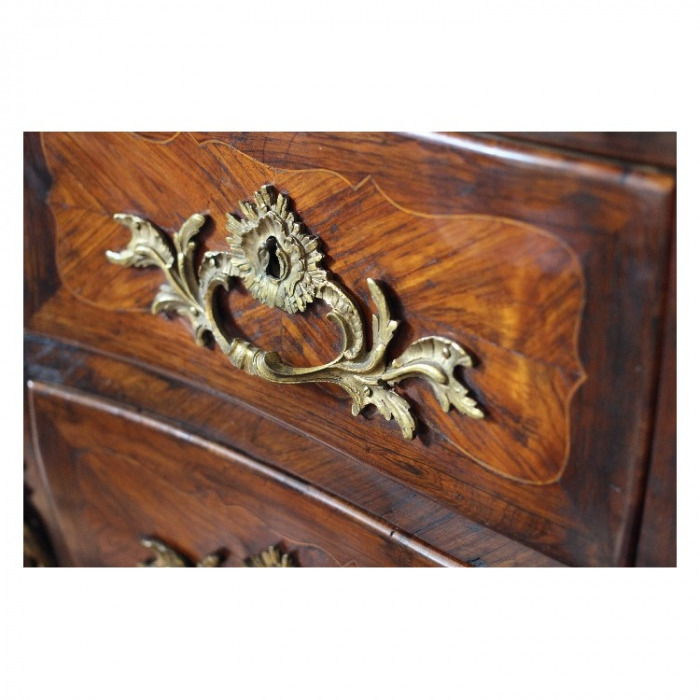 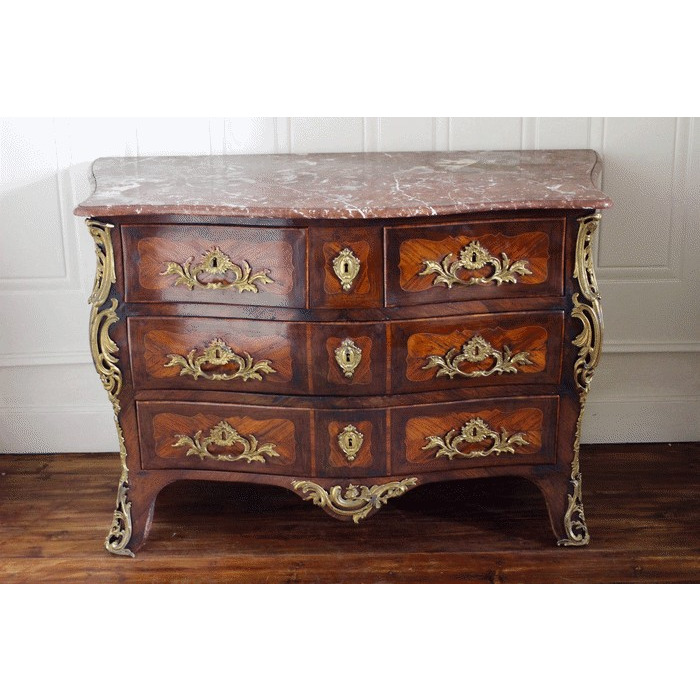 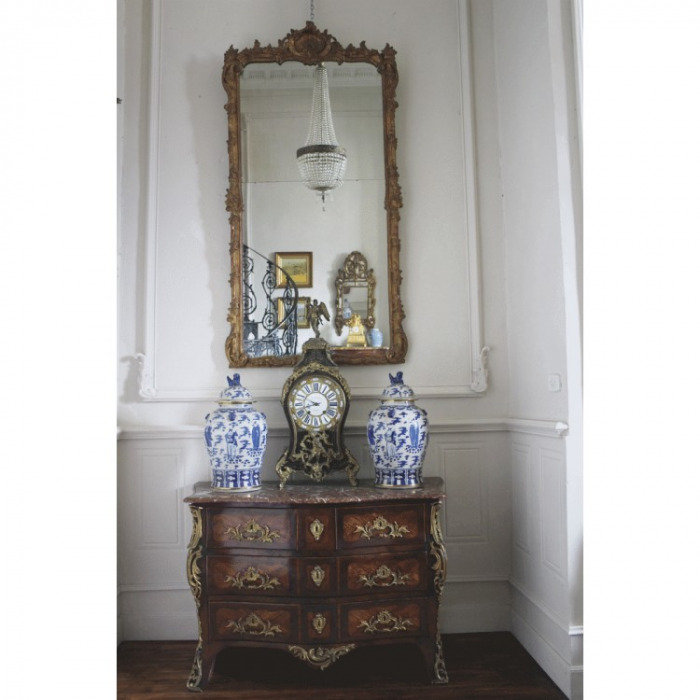 Pierre Roussel (1723-1782). Became Master in 1745. His renown as a cabinet maker has-been crowned by orders from the Prince de Conde for his “Palais Bourbon” in Paris and the Chateau de Chantilly.
Pierre Roussel’s works show a great sense of imagination and a real talent. He made very Careful
and elegant inlaid, based on sketches pleasant.
His furniture is distinguished by a Richfull decoration, and a generous use of gilded bronzes framing
inlaid panels.

The name Roussel constituted an important dynasty of 18th century cabinetmakers who obtained a first class reputation in Paris through three main protagonists, Pierre Roussel I, Pierre-Michel and Pierre Roussel II, received masters respectively in 1745, 1766 and 1771. Suppliers of the Court, the Prince of Conde and Princess of Monaco, a rich clientele of aristocrats and wealthy bourgeois, the Roussel family, native Cotentin, is an example of upward mobility and professional organization in the middle of the Parisian cabinetmaking in the 18th century. Records and extensive documentation, trace the works of the Roussel family, highlighting the works of Roussel and changing styles through the era, of more than 100 significant pieces of furniture, showing their technical and aesthetic inventiveness, and referring to the number of interactions with masters of the Faubourg Saint-Antoine and the market abroad. The furniture stamped by Roussel presented in numerous museums in France and in the world, such as the Petit Palais, the Decorative Arts, Carnavalet, Jacquemart-André, the Decorative Arts in Budapest and the Metropolitan Museum of Art in New York.