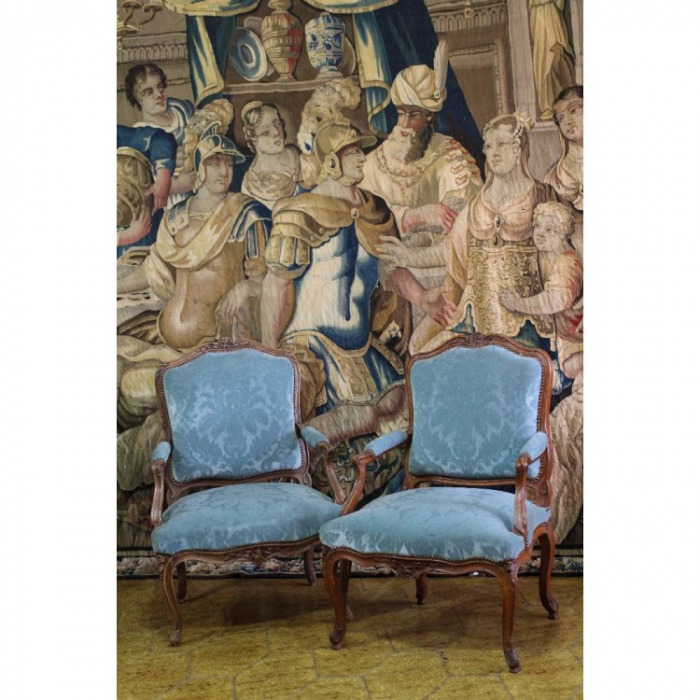 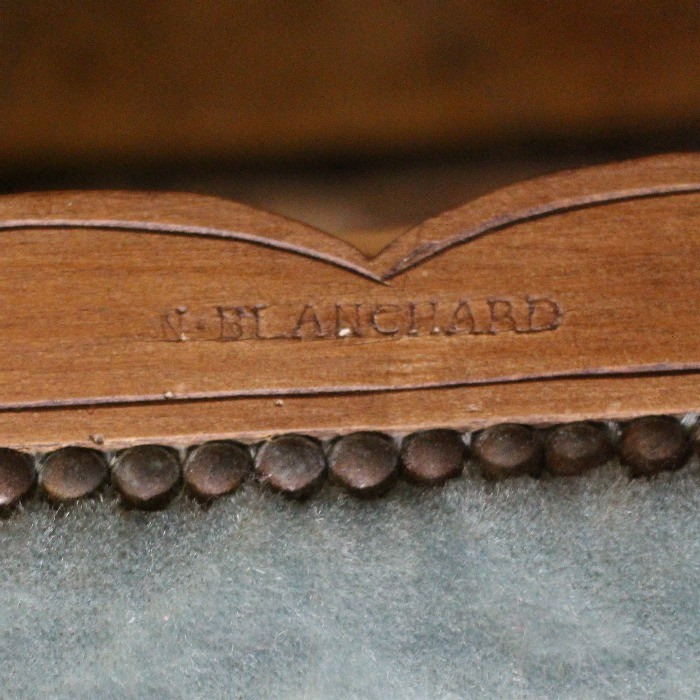 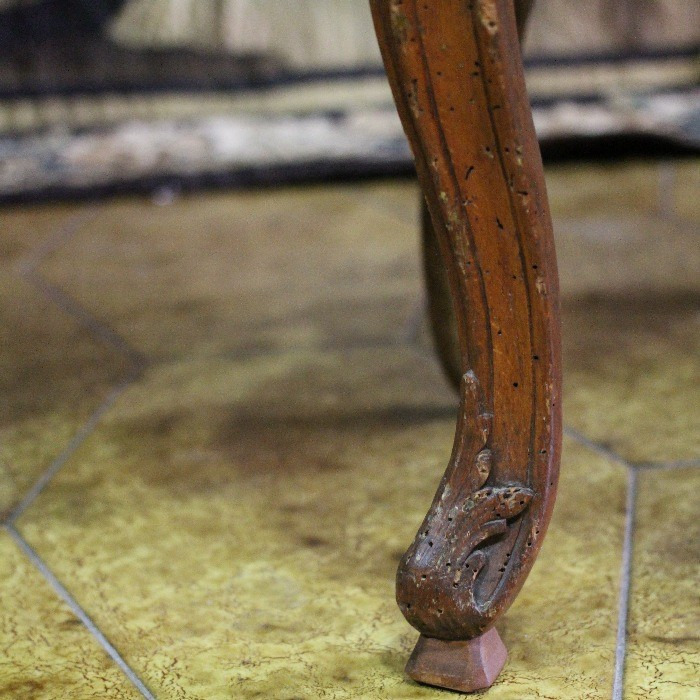 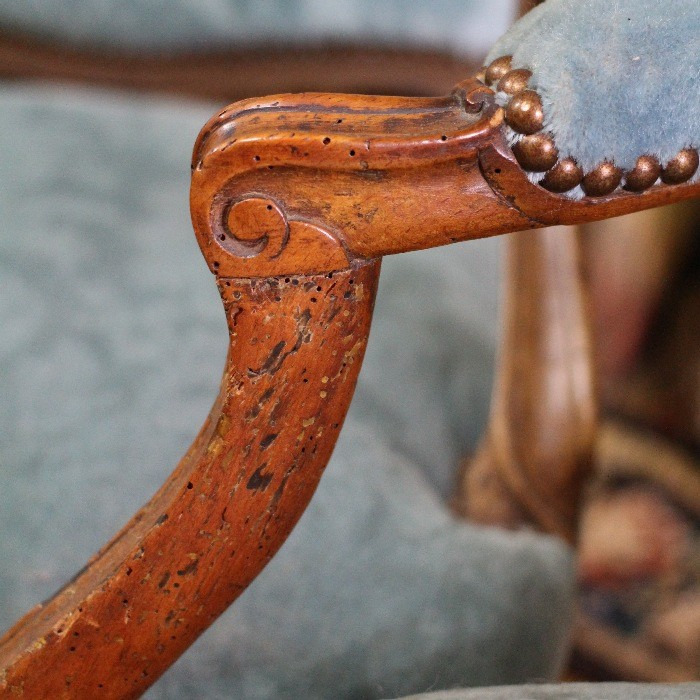 Sylvain-Nicolas Blanchard (1725 – circa 1770) – menuisier in chairs, obtained the mastery at the age of eighteen, on 17 August 1743.  He opened a shop near the Porte Saint-Denis under the sign of “White cat”. The works signed by him are very rare.
Stamp of Sylvain-Nicolas Blanchard
Nicolas Blanchard’s eldest son, Sylvain Nicolas was born in 1725 and obtained his master’s letters on August 17, 1743, at the age of eighteen. He settled near his father’s studio in the rue de Cléry, under the sign of the “Chat blanc”. The classic Louis XV style seats he signed seem few in number, but elegant and of very good quality. The sculptures and decorations of small flowers and foliage are of great finesse. At the emergence of neoclassicism, in the last years of his activity, he produced a few seats of Transition style, but less good workmanship than his previous works. At his death, his younger brother, Jean Nicolas, will resume his studio.

BLANCHARD Nicolas
Nicolas Blanchard – Master in Paris in 1738.
Stamp of Nicolas Blanchard
Blanchard Nicolas – Armchairs
Pair of armchairs stamped Blanchard – Louis XV period – Galerie Gilles Linossier © Anticstore
Nicolas Blanchard, born from a family of carpenters, and father of the famous Jean Nicolas. Received master in 1738, he settled in rue de Cléry where he is still mentioned as a carpenter in 1750. The seats bearing his stamp are all Louis XV style walnut and decorated with rockeries. His two sons, Sylvain Nicolas and Jean Nicolas, will continue the same activity as their father. Its stamp is without initial of first name.

BLANCHARD Jean-Nicolas
Jean-Nicolas Blanchard (1730-1787), says the Younger. Master on June 12, 1771.
Stamp of Jean-Nicolas Blanchard
Blanchard – armchair
Bergère to the Queen, Paris circa 1771-1775. J.-N. Blanchard, carpenter. Beech carved and gilt, damask green and gold. Louvre Museum. © AnticStore
Jean-Nicolas Blanchard said “the young man” was received at his master’s degree in 1771 and took over the workshop of his brother Sylvain, on the death of the latter, located in the rue de Cléry under the sign of “Chat blanc”. He became one of the suppliers of the Château de Versailles and quickly acquired a very high reputation. He has produced large Louis XV armchairs, Transition chairs and Louis XVI armchairs, which are more classical, but all of them are of fine quality, with noble lines and a perfect finish. He adorned his works with sculptures of roses, foliage, flowery garlands, knots of ribbons and acanthus, sculptures of extreme finesse without ever the slightest overload. He also worked for many famous upholsterers like the Presle brothers. It ceased its activities some time before the Revolution, but it is still mentioned under the Directory.