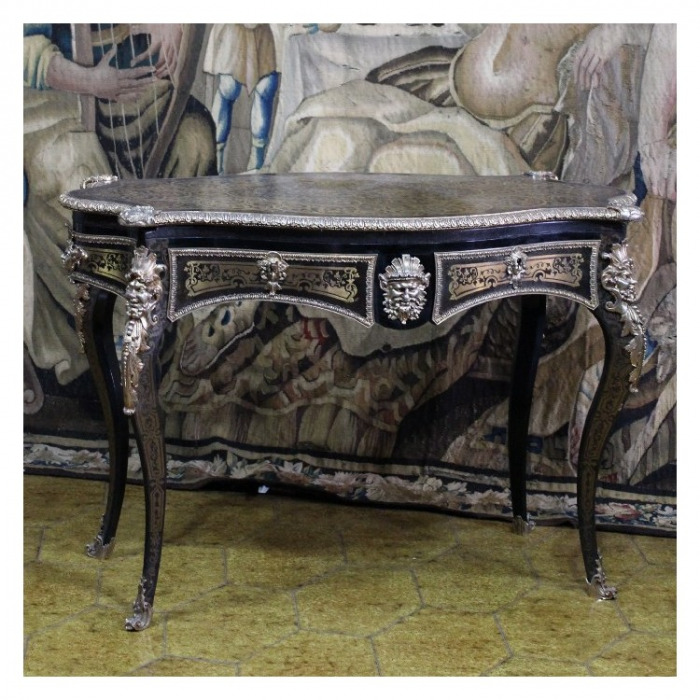 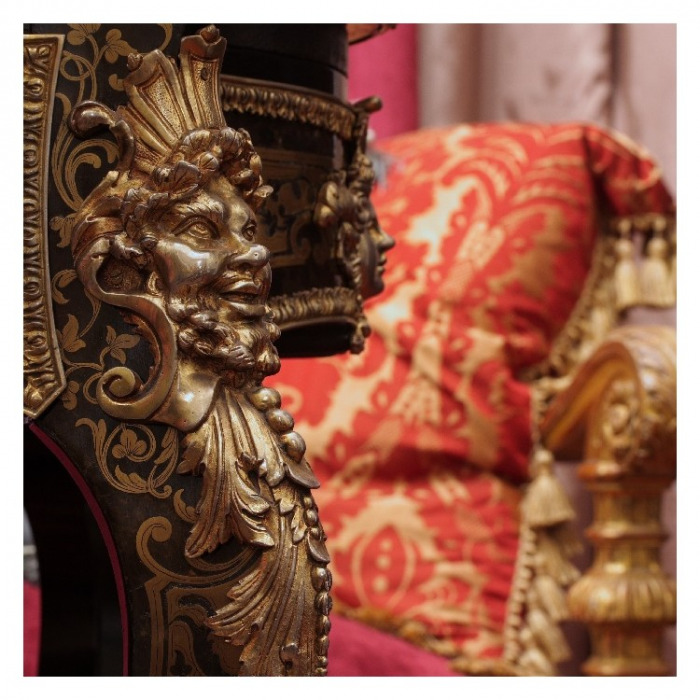 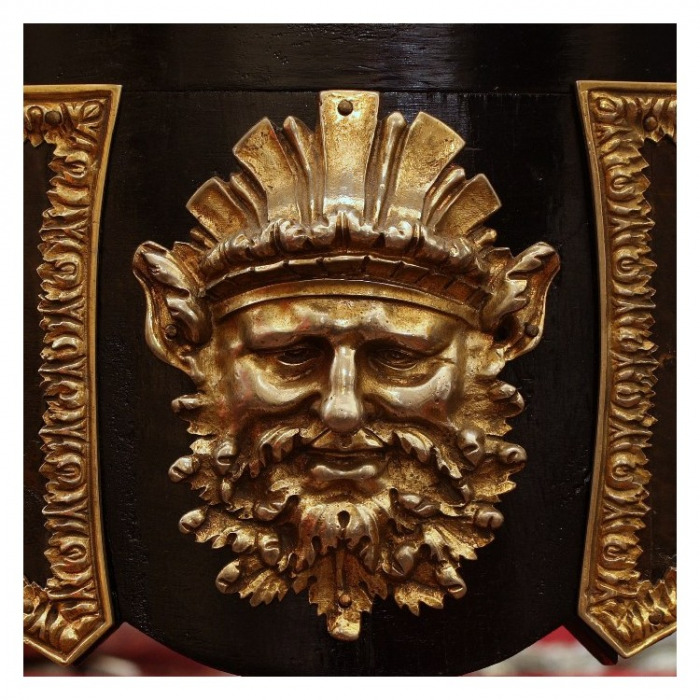 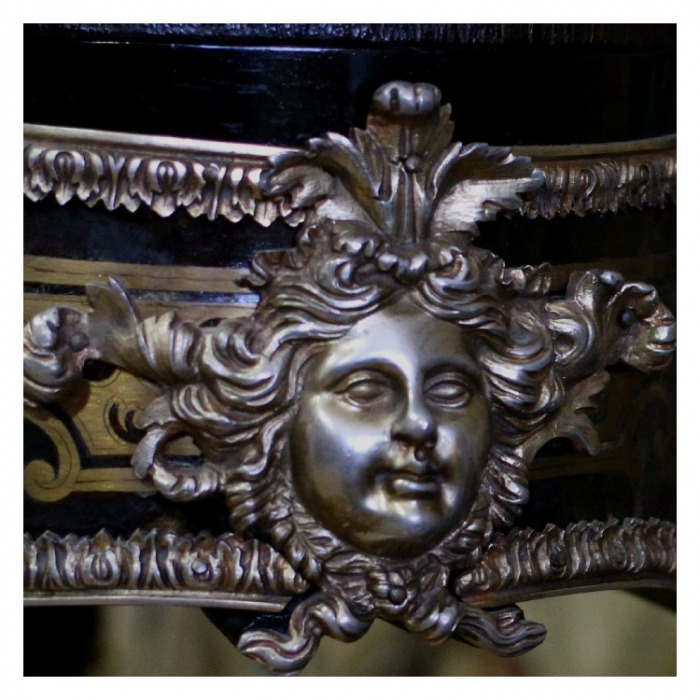 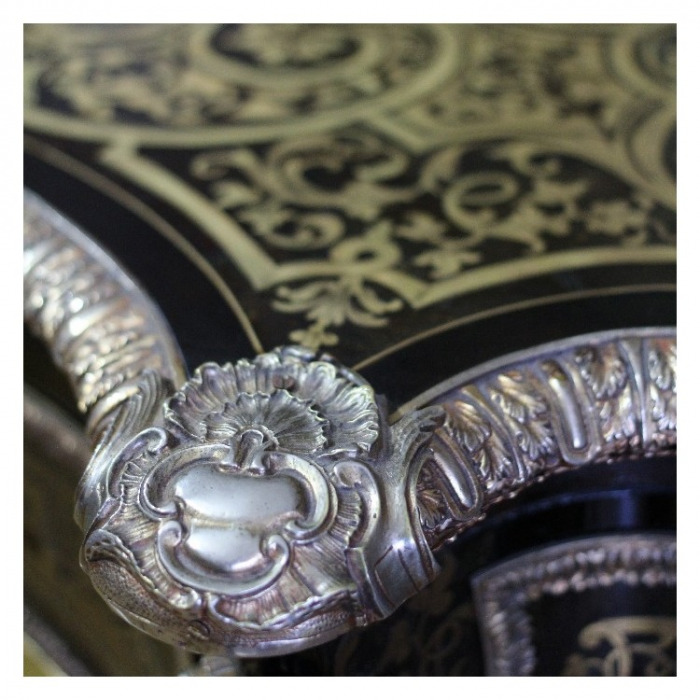 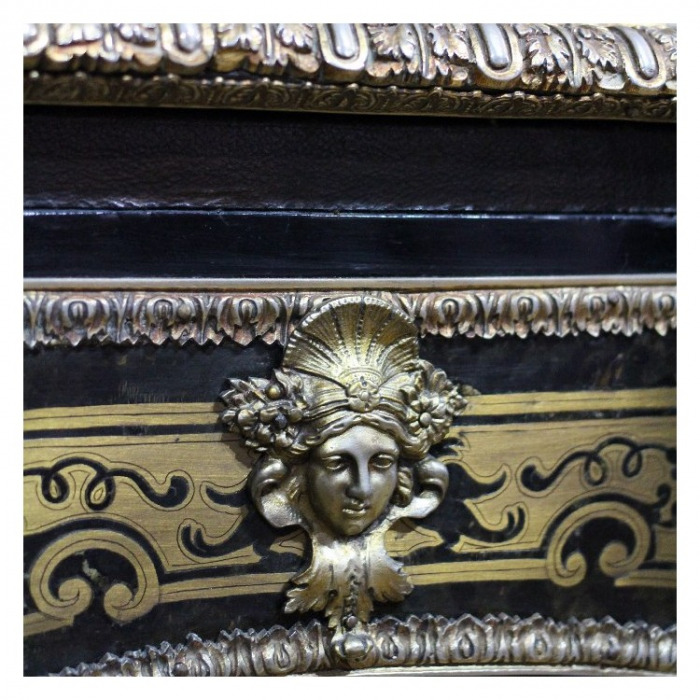 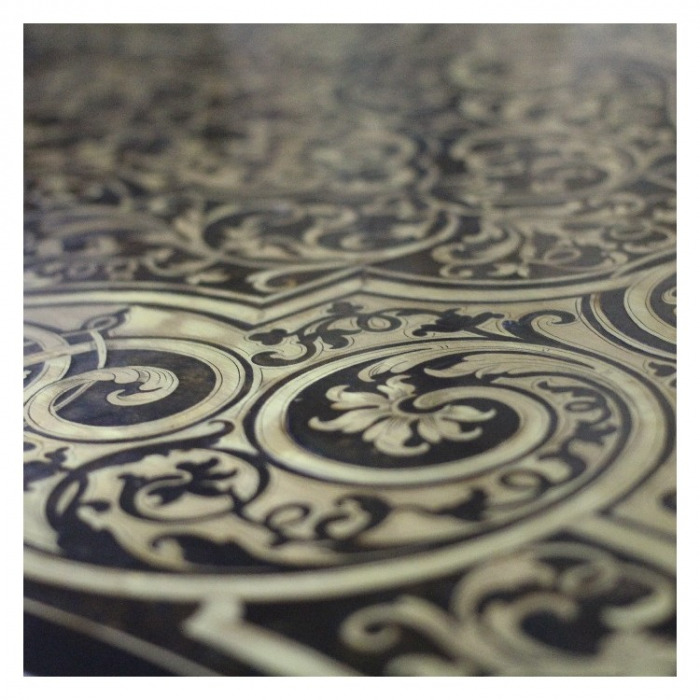 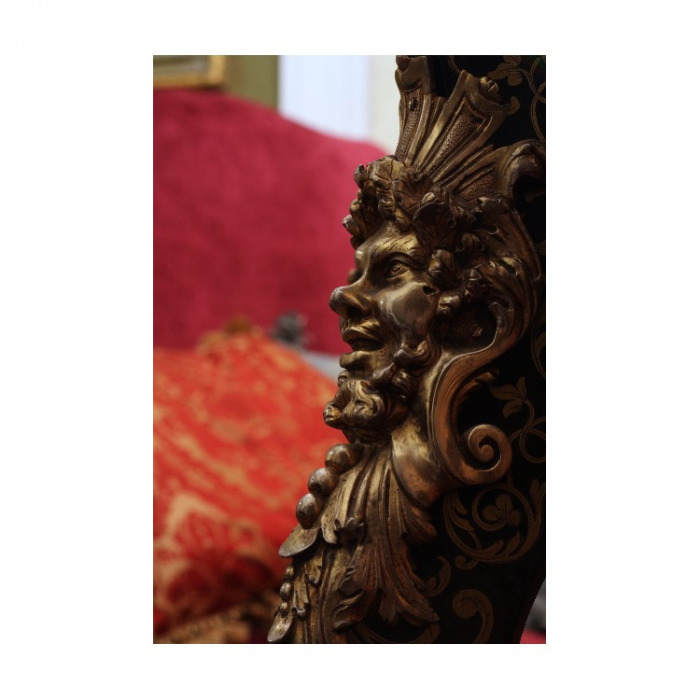 Mathieu Befort Jeune. (1813-1880) stamped his work Befort Jeune was the son of Jean-Baptiste Befort, who was of Belgian origin and renowned for having supplied furniture for the apartments of the Duc d’Orléans. He was established at numbers 1 and 6 rue Neuve-Saint-Gilles in Paris from 1844 to 1880. As a gifted ébèniste-marqueteur he specialized in Boulle marquetry and in particular extremely high quality work inspired by the work of André-Charles-Boulle himself.

In Greek mythology, Dionysus is presented as a son of Zeus and the mortal Semele, Malthus semi-divine or heroic: Dionysus the god of the grape harvest, winemaking, wine, pleasure and festivity. His festivals were the driving forces behind the development of Greek theater.  The festival for Dionysus is in the Spring when the leaves begin to reappear on the vine. It Became one of the most important events of the year. It’s focus became the theater.  Most of the great greek plays Were initially written to be performed at the feast of Dionysus. All who took part, writers, actors, spectators, were regarded as sacred servants falling of Dionysus.

Either He Was Depicted as an older bearded god or a pretty effeminate, long-haired youth. His attributes included the thyrsos (a pine-cone tipped staff), drinking cup, leopard and fruiting vine. He Was Usually Accompanied by a troop of goat-footed Satyrs and Mainades (female devotees or nymphs Have you danced energetically falling on His festivals).

The Château de Cheverny is Located at Cheverny, in the department of Loir-et-Cher in the Loire Valley in France

The Château de Cheverny is a stately estate and has-been in the same family for more than six centuries.
The lands were purchased by Huraults Henri, Comte de Cheverny, a lieutenant-general and military treasurer for Louis XI, whose ancestor the Marquis de Vibraye is the present owner.
Lost to the Crown because of fraud to the State, it was donated by King Henry II to his mistress Diane de Poitiers. However, she preferred Château de Chenonceau and sold the property to the form owner’s son Philippe Huraults, who built the Chateau between 1624 and 1630 to designs by the sculptor -architect of Blois, Jacques Bougier, who was trained in the workshop of Solomon Brush, and whose design at Cheverny Recalls features of the Palais du Luxembourg. The interiors were completed by the daughter of Henri and Marguerite Huraults, Marquise de Montglas, by 1650, employing craftsmen from Blois. Henri IV Burdette Martin played a key role in the construction.