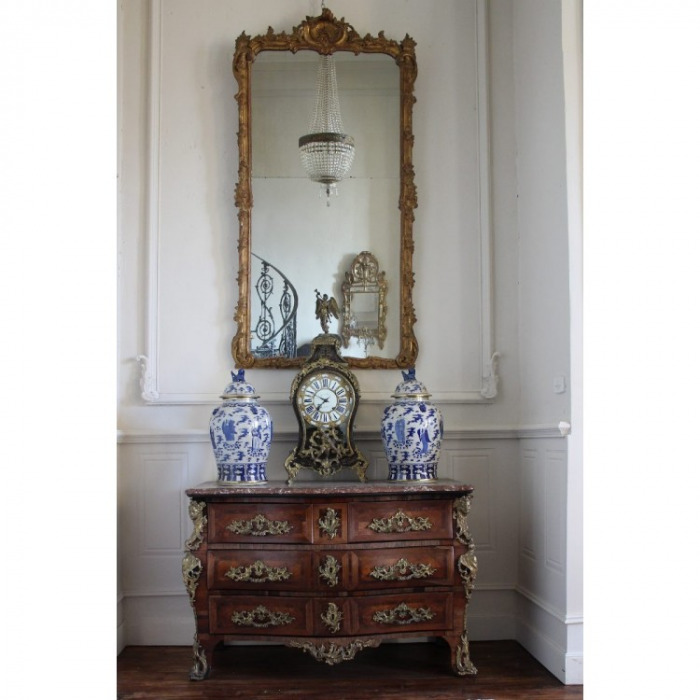 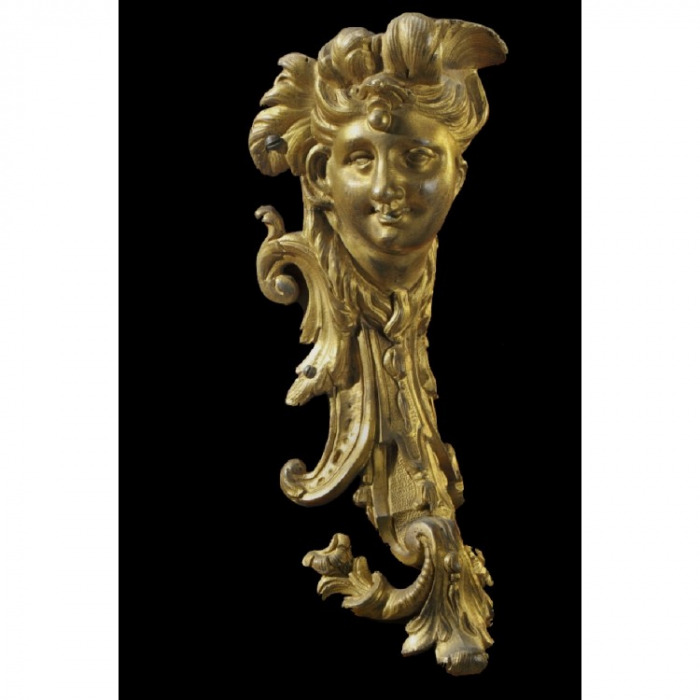 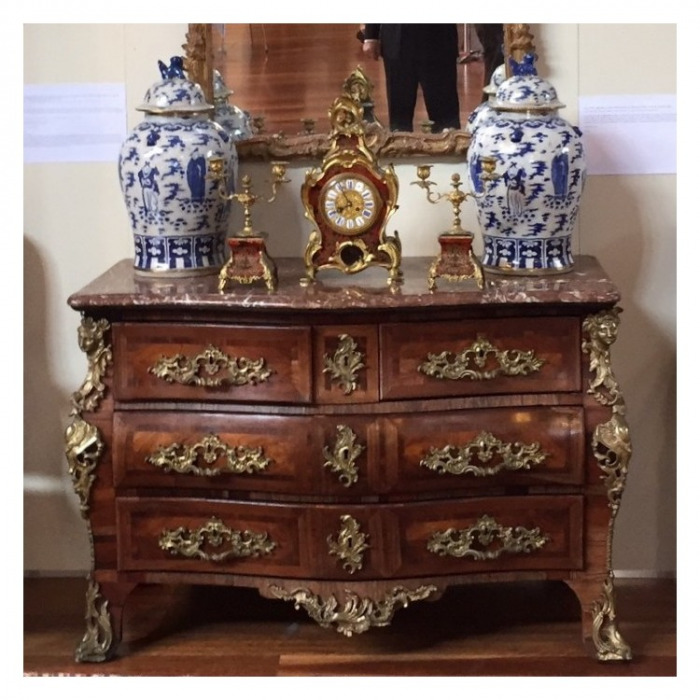 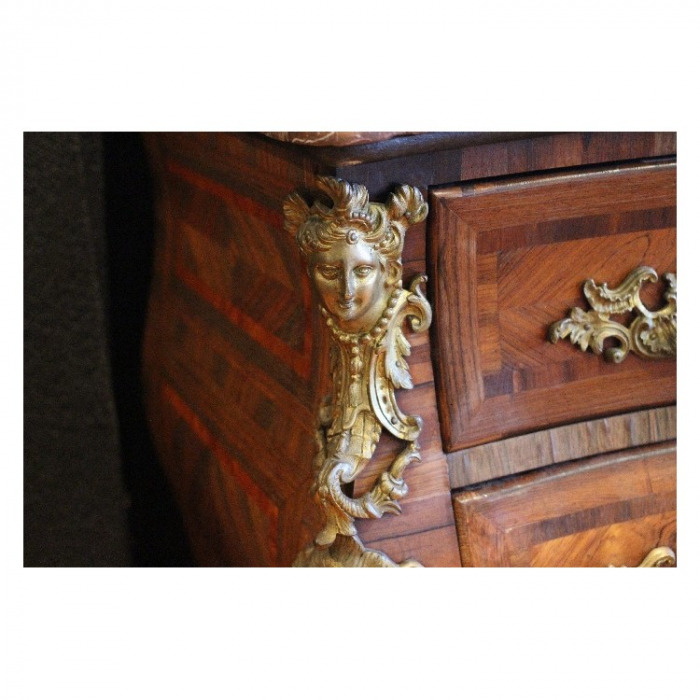 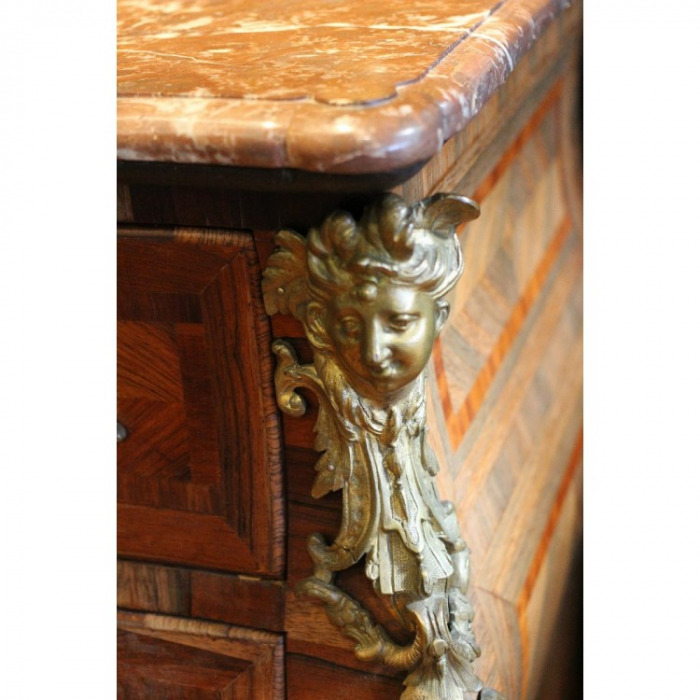 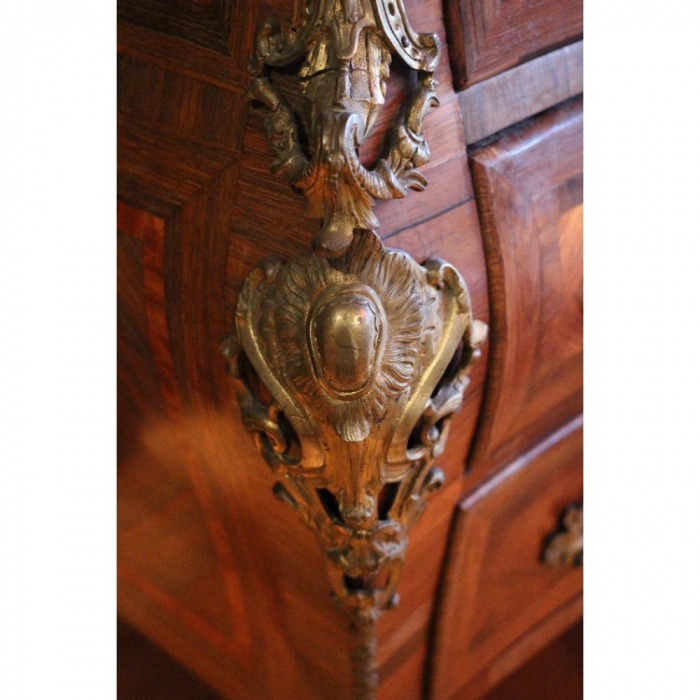 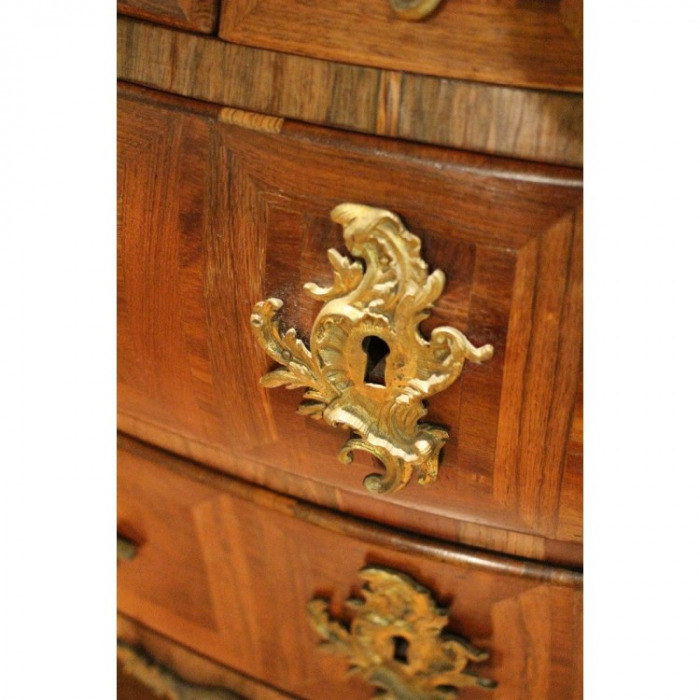 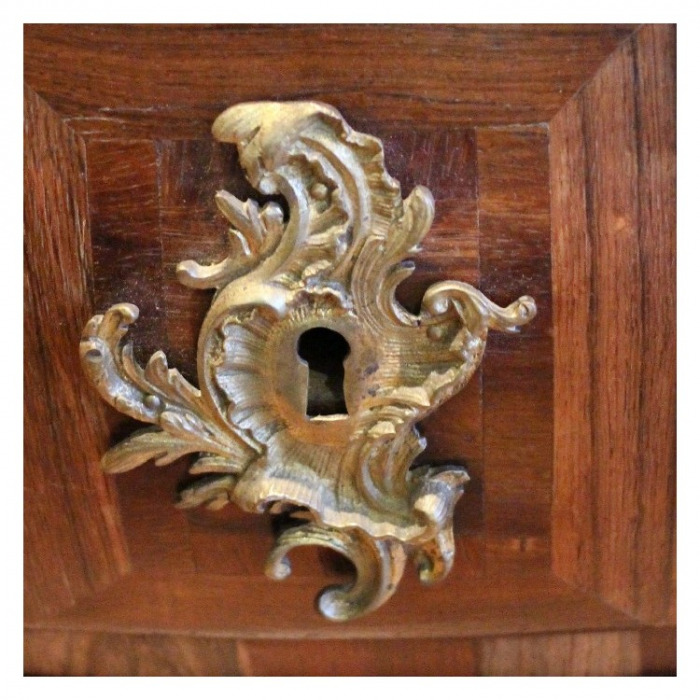 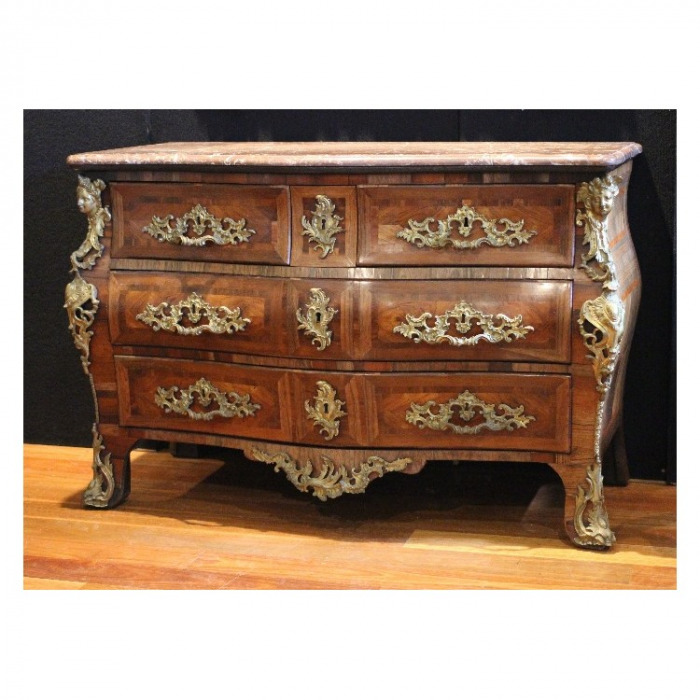 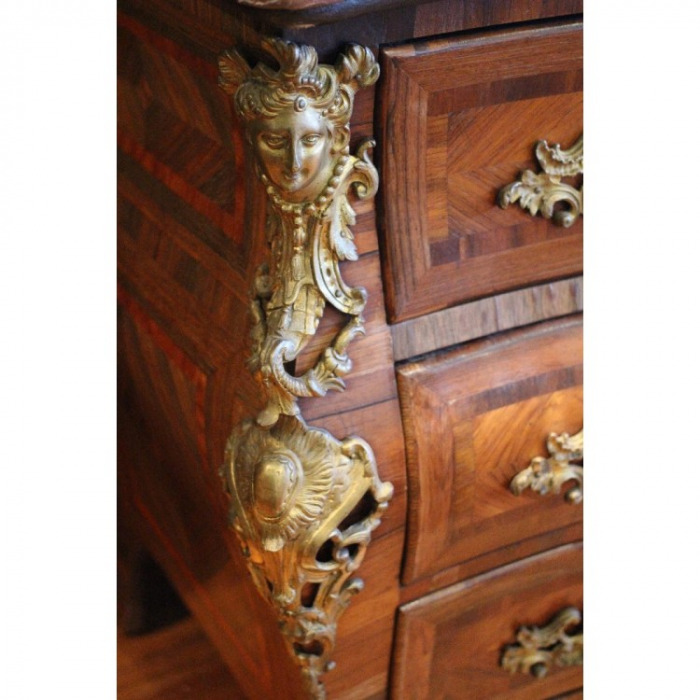 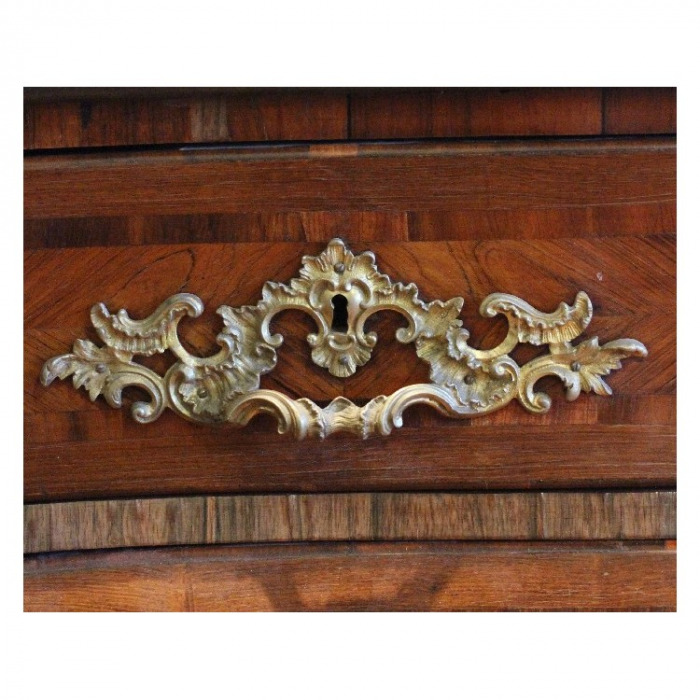 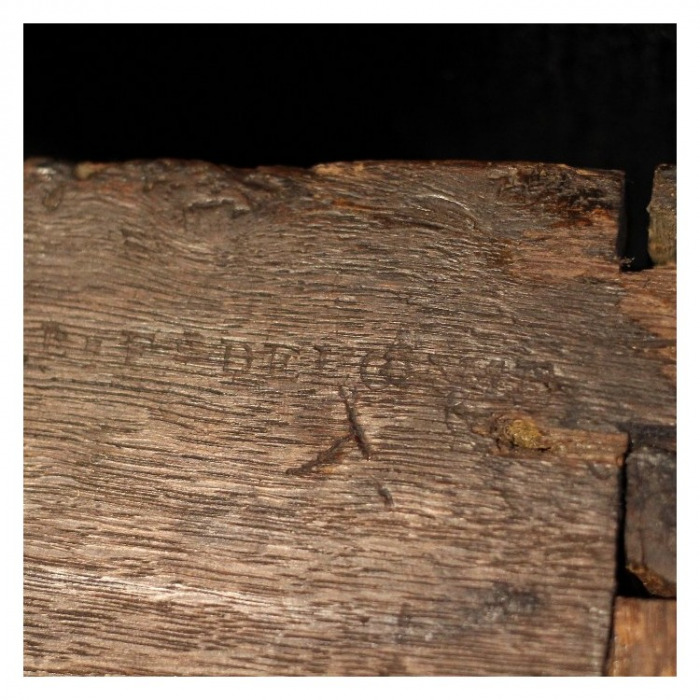 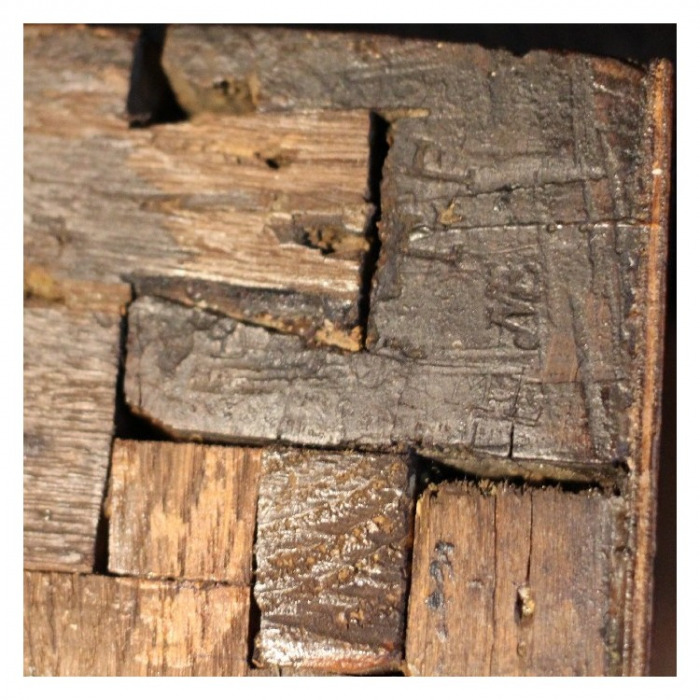 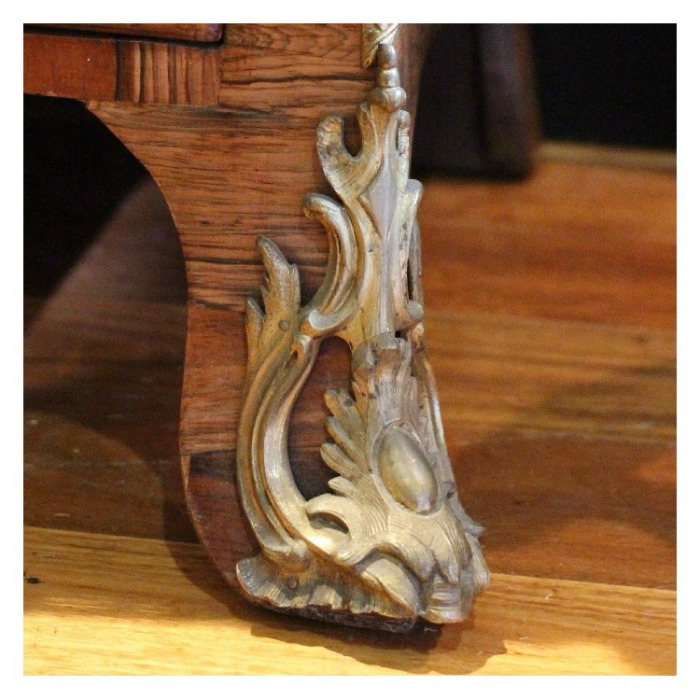 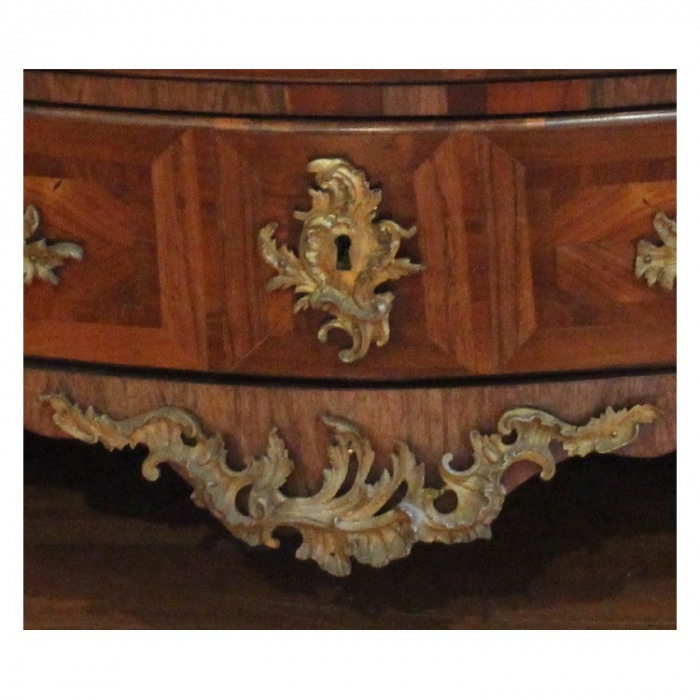 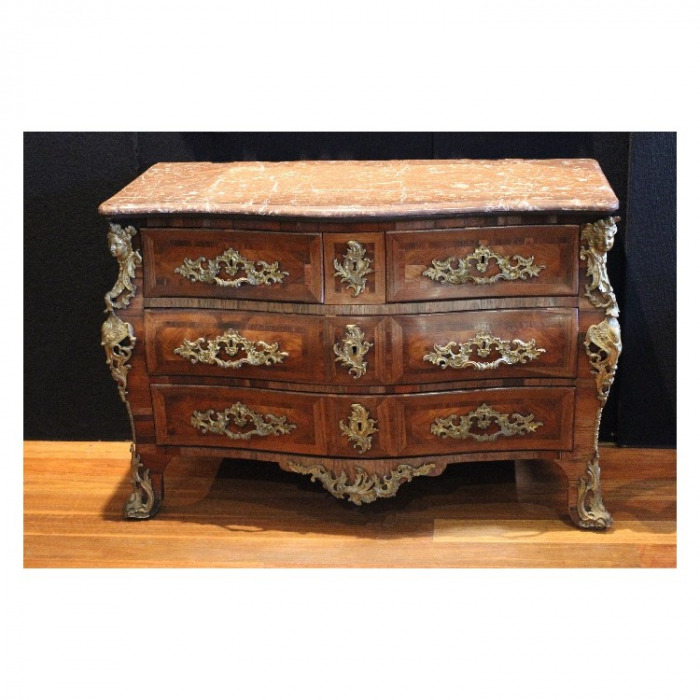 On August 20, 1751 the French parliament voted for the constitution of the Jurande.
An additional stamp, JME (for jurande des menuisiers-ébénistes (translation Cabinet Makers & Carpenters)) would be added once a committee, made up of elected guild members who inspected the workshops four times a year, had approved the quality. Any furniture that failed to meet the required standards of craftsmanship was confiscated.

The Corporation des Menuisiers was divided into two distinct trades, that of the woodworkers who made paneling (boiserie) for buildings and coaches, and that of the actual furniture makers. The latter can be subdivided intomenuisiers (joiners), responsible for the making of solid wood furniture such as console tables, beds, and chairs, and the ébénistes, from the word ébéne (ebony), makers of veneered case pieces.

The stamp was associated with the guild system that existed at that time. The elaboration of a piece of furniture was a complex process since it involved the collaboration of several artisans, each of which belonged to his own guild, all governed by very strict rules. The executor, who was often the creator, was an ebeniste. The other artisans worked under his supervision, like the sculptor, the engraver, the caster, the gilder, the metal worker, etc.. The cabinet makers’ guild had well defined statutes. The training was the same for everyone. Aspiring master cabinet makers began as apprentices in a workshop where they would stay for several years until they presented their best piece to the “Jurande”. The “Jurande” was a very powerful organ within the guild whose role was to evaluate the candidates to master cabinet makers, as well as the quality of their work. The approved works were stamped with the letters JME (Jurande des Menusiers Ebenistes), a jury of cabinet makers. After 1743 the stamp became obligatory, a rule that was strictly followed in Paris until 1790, when guilds were abolished.
This corporative system fuelled a real “politics of marriages” so that workshops would remain in the family, and resulted in the rise of artisan “dynasties”.