A 19th Century Empire, Mythological, Ormolu, Mantle Clock of Eros, signed Navrancourt as a Brest. Circa 1815-1830

The original mercury gilt bronze clock, with the subject of Eros shown seated and holding a long arrow in his side a butterfly (symbol of the Empire), bow and quiver and a tree. The white enamel dial signed, Navrancourt a Brest,  accompanied by finely worked gilded hands and fine foliate detail.  The rectangular base with embossed low-relief decoration of an offering scene on finally decorated feet. 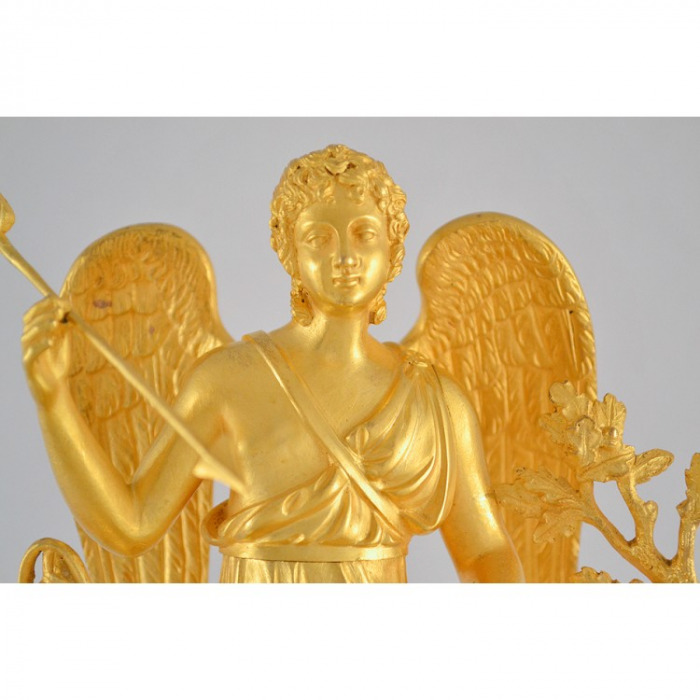 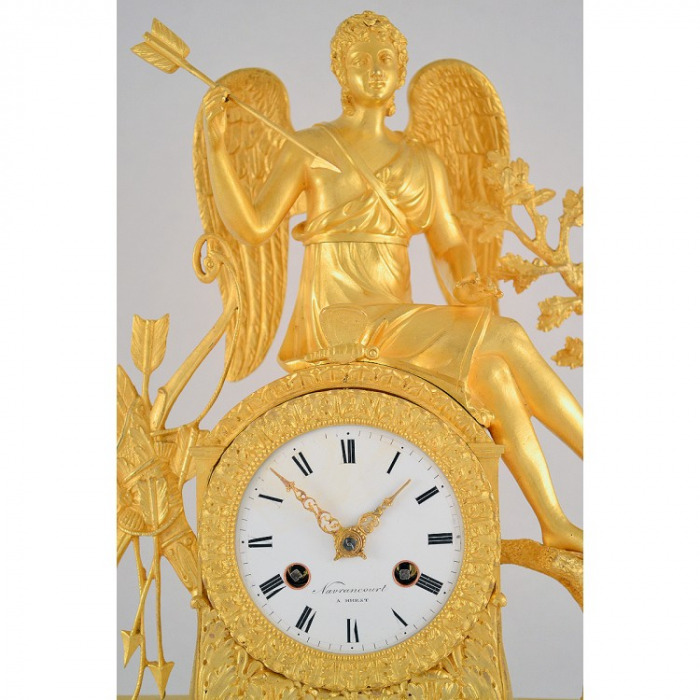 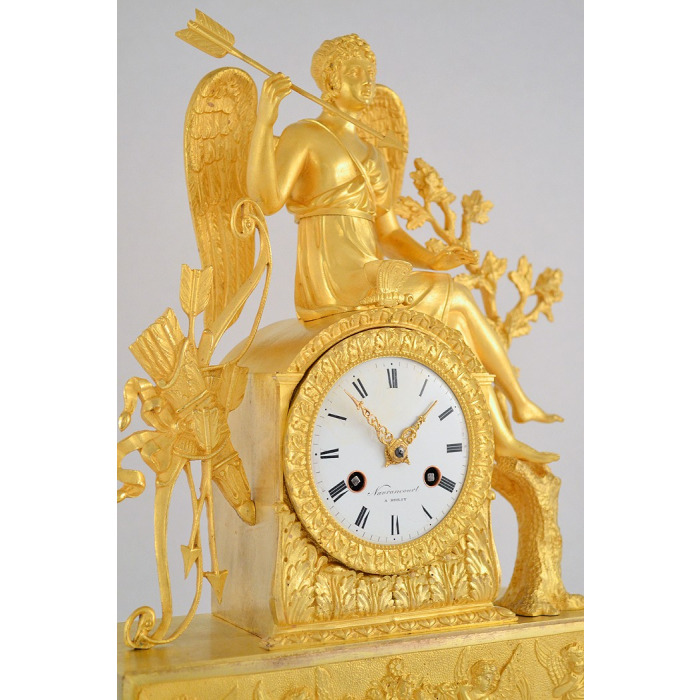 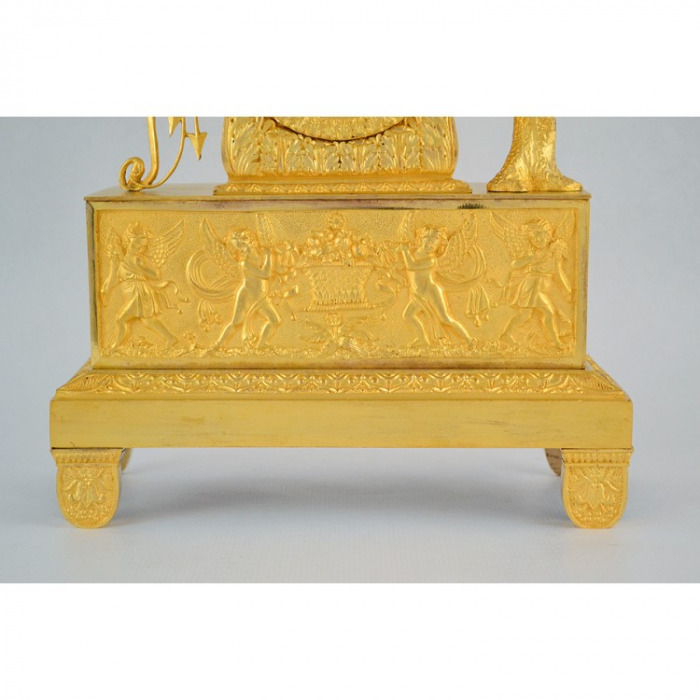 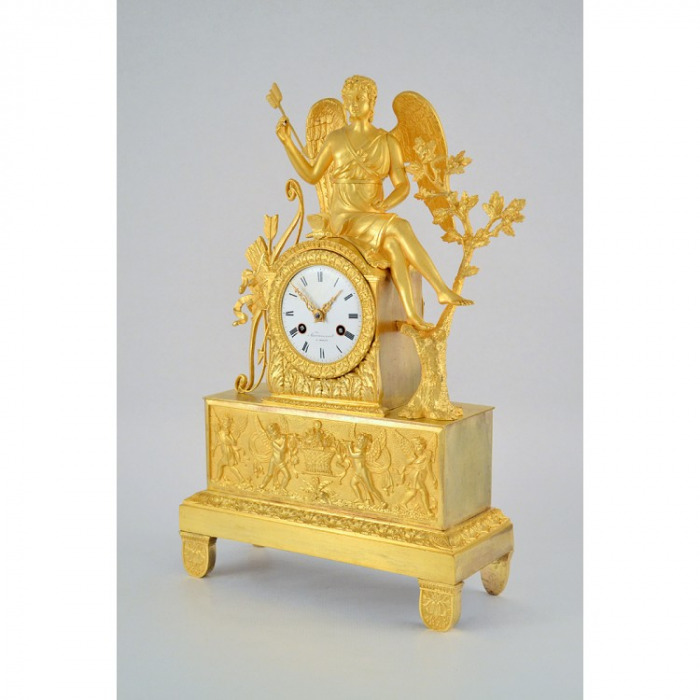 Eros was the Greek god of love, son of Aphrodite and either Ares or Hermes. In some myths, he was considered a primordial god, a child of Chaos, who blessed the union of Gaia and Uranus after which the universe came into existence.

Especially in later works by satirical poets, he was depicted as a blindfolded male, who, carrying his bow and arrow, could target any human being and make them fall in love with the first person they would see. One of the most prevalent myths in ancient Greece was that of Eros and Psyche; according to it, Aphrodite was jealous of the beauty of mortal princess Psyche and told her son to make her fall in love with the ugliest creature on earth. However, Eros fell for her instead and took her to his divine abode. However, Psyche’s jealous sisters led Psyche to betray Eros, who abandoned her; Psyche, wandering the Earth for her lost love, approached Aphrodite for help. Aphrodite created a series of tasks for Psyche which she successfully passed, and hence, Aphrodite decided to concede. Since then, Psyche became immortal and united with her husband. They had a daughter, Hedone (meaning bliss).

According to Hesiod in his Theogony, Eros was one of the primeval gods who, along with Chaos and Gaia (Earth), were responsible for the Creation. Here he perhaps represented a universal love. In other traditions he was the winged acolyte or assistant of the goddess Aphrodite, goddess of Love and Beauty. He was also sometimes regarded as the child of Aphrodite, with Ares as his father, and his brothers were Deimos (Fear), Phobos (Panic), and Harmonia (Harmony). In some traditions Eros also had a younger brother – Anteros – who was a much darker figure and avenger of unrequited love